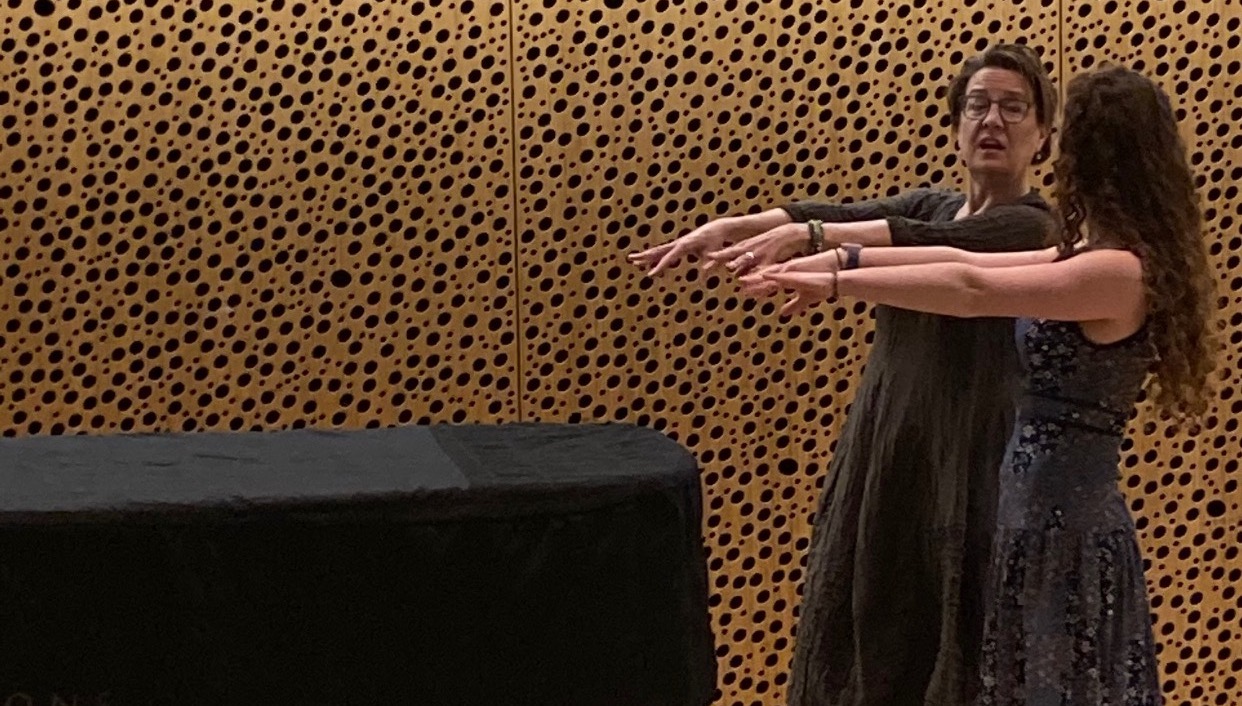 11/2022 – Big admiration to Brown Opera Productions at Brown University, for their management and talent last week during my stay as their first-ever Guest Artist in Residence! President Emma Giventer-Braff and her team shepherded a detailed proposal through university funding channels and secured beautiful spaces for four days of lessons, a presentation on vocal acoustics and a masterclass working with a sparkling array of vocal styles. 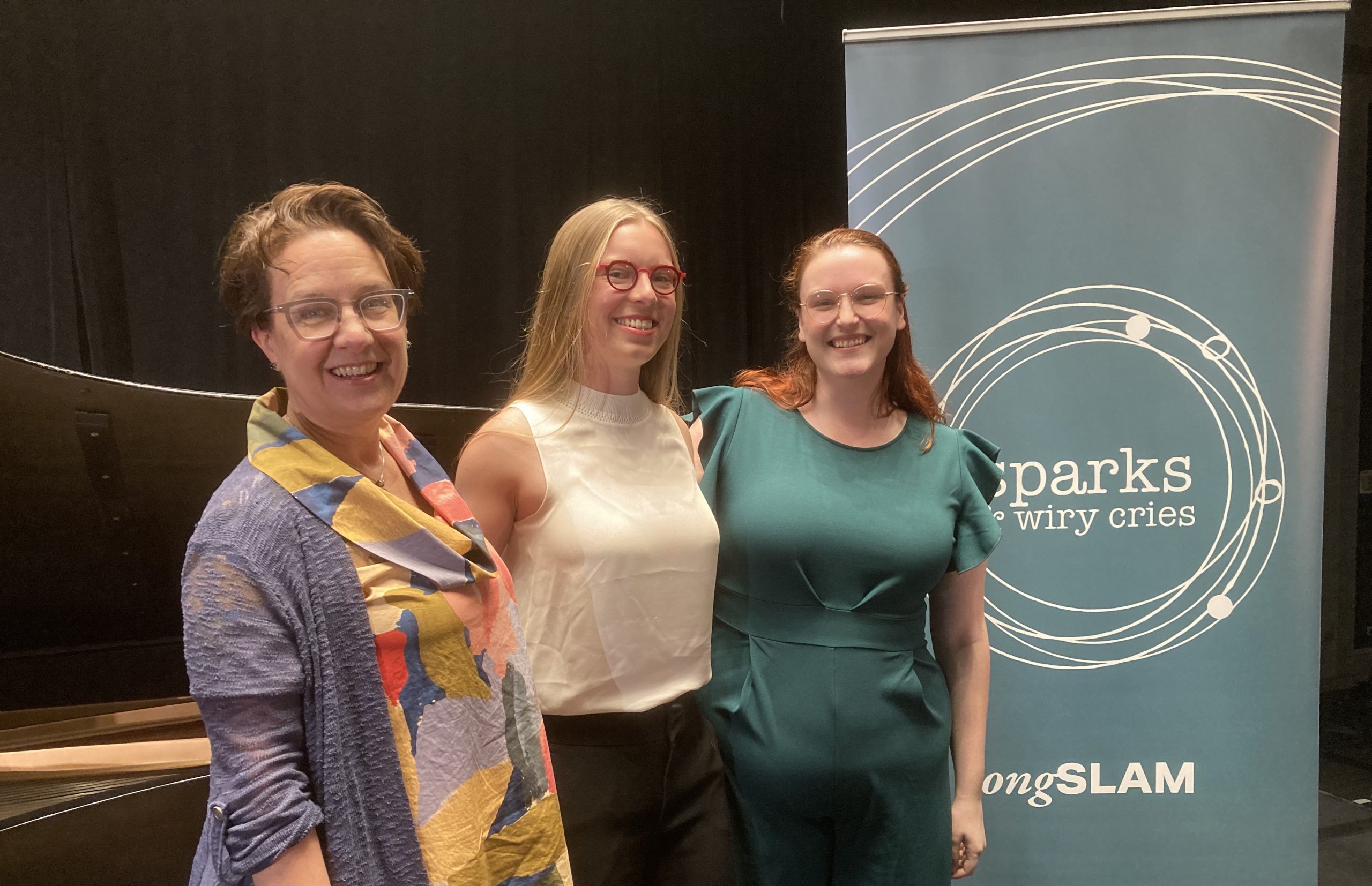 The 2022 NATS Conference in Chicago hosted its first-ever Grand Song Slam! Among the eight finalists was the premiere of a wonderful, collaboratively-generated song titled The word from his song, by rising star Leigha Amick. It was tailor-made for the warm and agile voice of mezzo-soprano Sara Dailey, and the precisely-calibrated keyboard skills of this unknown collaborative pianist. Enjoy Leigha’s making-of insights, and a performance recorded at Ford Hall at the Jacobs School of Music! 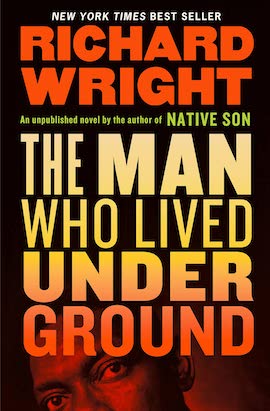 1/23/2022 – The MLK commemoration at Jacobs is an ideal nexus— an occasion that calls us to reflect and resolve and celebrate, with participants in all sorts of formations, from all parts of the School of Music. I’d been working to have excerpts read from Richard Wright’s recently-published essay “Memories of my Grandmother” ever since my friend Gina gave me the book last summer. The volume also contains a novel, The Man Who Lived Underground, a story both surreal and grim about a young black man randomly taken into custody, wrongfully accused and brutally interrogated by the police. When Wright submitted it for publication in 1942, right after Native Son had its public success, the publisher turned it away.
This new complete edition pairs the novel with an essay that contextualizes it as a product of Wright’s consideration of his grandmother’s faith, and the “broken” texture of jazz and blues which ultimately allows for transcendent creativity. I’m quite grateful to the IU OVPDEMA for the funding, and Julia Wright at the author’s estate who granted permission for a performance highlighting passages from the essay (read by jazz faculty Greg Ward) in counterpoint with an improvised sax solo, played by Tom Walsh. New and old, spoken rhythms and sustained tone, carefully crafted and improvised in the moment. Their performance honored Wright’s work, and his tribute to his grandmother. 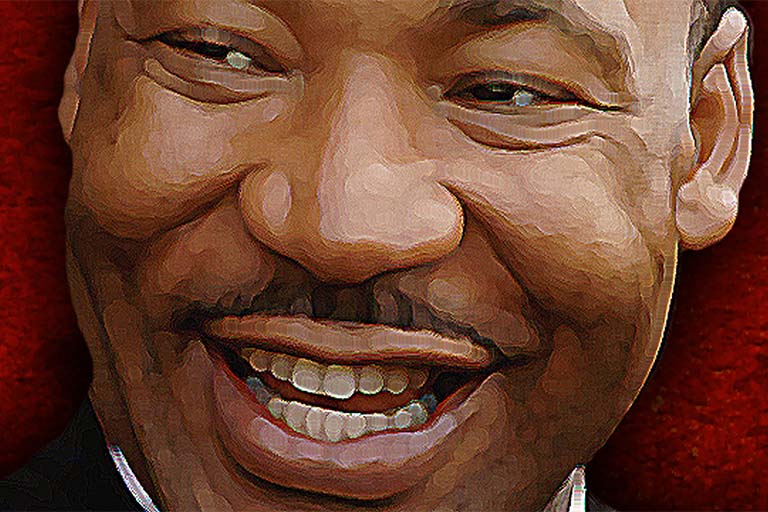 The annual concerts at the Jacobs School of Music honoring the life of Martin Luther King Junior have been the ideal platform to inspire mindful, creative collaboration. I have been honored to make a contribution each year during my work in Bloomington.
In 2020, my students soprano Kira Hanger and tenor Eddie Mony selected songs by Florence Price to form a group with pianist Fernando Garcia. Recordings of these selections were produced in the state-of-the-art Joshi Studio by Professor Konrad Strauss, and later featured in the school’s first Concert Celebrating Diversity.
In 2021, I worked with graduate baritone Andrew Forsythe to curate a presentation on Paul Robeson, including a performance of Sometimes I feel like a motherless child, arranged and performed by pianist Fernando Garcia.
2022 brought a very significant new collaborative work generously supported by a grant from IU’s VP of Diversity, Equity and Multicultural Affairs, featuring excerpts from the recently released essay by Richard Wright, Memories of my Grandmother, read by Dean Jeremy Allen, in duet with saxophonist Tom Walsh. 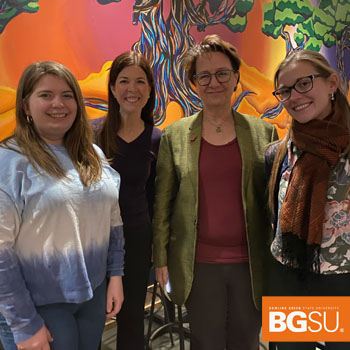 1/21/2022 – Talk about circling back! My parents were the flute and oboe professors at BGSU for decades; I graduated from Bowling Green High School before heading to Indiana University. How resonant to be invited by voice Chair Christopher Scholl to be a guest clinician last weekend! I worked with six singers and the spitzen-pianist Kevin Bylsma on the same stage where I squealed Zaneeta Shinn’s lines in The Music Man… decades ago.
Lovely talent at BGSU, performing sophisticated repertoire. Congratulations to their voice profs! Special thanks for the fascinating conversation over dinner to doctoral singers Carolyn Anderson, Katy Pracht Phares, and Keri Lee Pierson. May Covid no longer keep us from visiting and learning from each other. 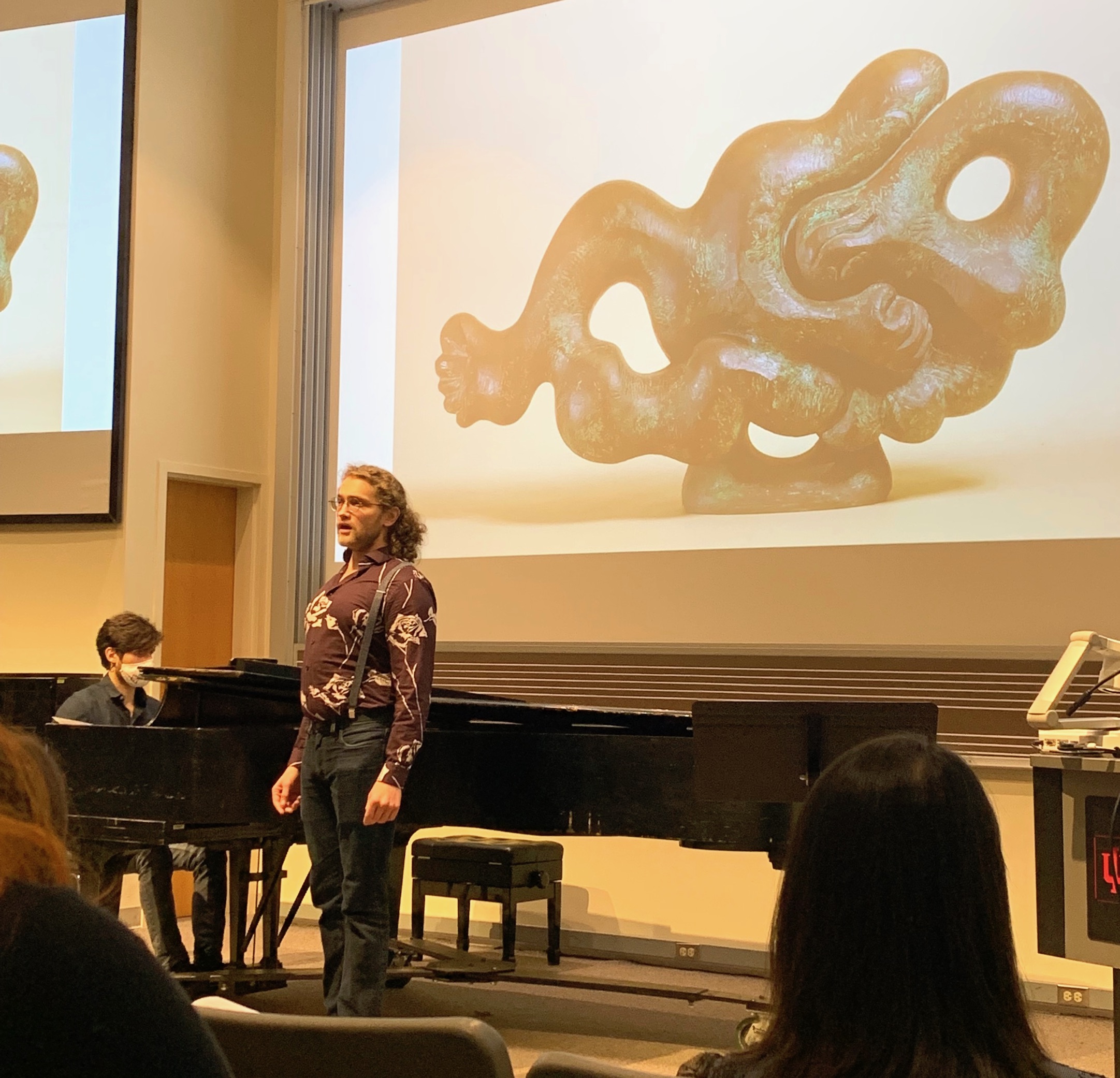 In November of 2021, Song Literature III participated in a collaborative event with a class on Modern Metamorphosis from IU’s Collins Living Learning Center. Here you see tenor Nathan Krishnaswami singing Rebecca Clarke’s surreal “The Seal Man” with pianist Lucas Nogara. The program was accompanied by slides from the holdings of IU’s Eskenazi Museum of Art [here: Henry Moore’s Song of Songs]. Both of these collaborations were inspired by IU’s “Themester” curation; the theme chosen for 2021 was Resilience. 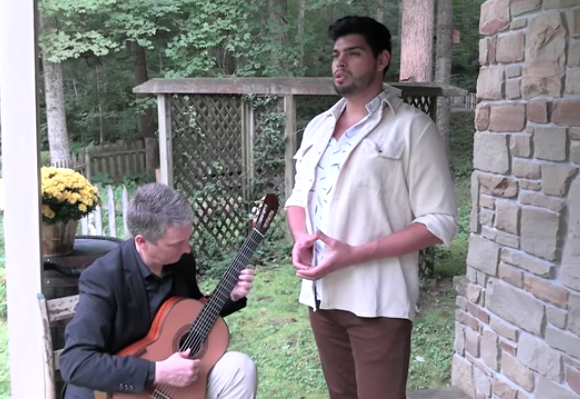 I’ve been a supporter of the United Way since serving as a liaison to the School of Music at the University of Missouri. Reaching out to support the United Way-Bloomington launch event for COVID-year 2020 was quite complex, however. I coordinated with my student, baritone Brandan Sanchez and guitarist Nathan Fischer to produce this video to be used for their virtual gala. Exploring unexpected ways to build bridges between conservatory and community is an important practice to be continued after graduation, wherever a young artist’s path may lead.
Joaquín Rodrigo: Preludio 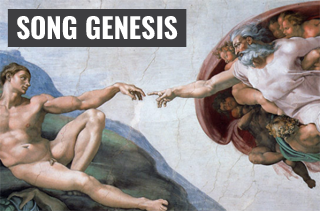 Song Genesis is an initiative I’ve embedded in my Graduate Art Song Survey curriculum at the Jacobs School of Music. For it, I curate teams of one singer, one pianist, one poet, and one composer to work collaboratively. More… 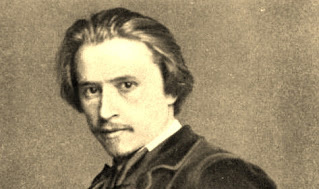 When Covid forced us apart, we found a way to come together, performing all 46 songs in Hugo Wolf’s late 19th century masterpiece, the Italienisches Liederbuch. In spite of distancing and masks, the color and detail in each song came to life in deconstructed tableaus, and gave the individual gifts of each person in our studio (plus two outstanding collaborative pianists, Itsuki Nagamine and Lucas Nogara) a chance to shine. Here is a link to the recording of the recital. 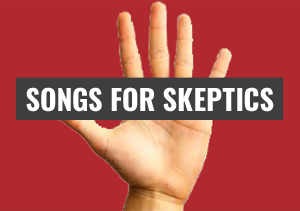 What does it take to win hearts and minds of skeptical listeners?

An Art Song Survey course wouldn’t be socially responsible without giving some fresh, 21st century attention to how and to whom a young professional would offer this repertoire. Songs for Skeptics is an experiment to explore the very real reluctance in a lay listener, and what type of context might overcome it. More… 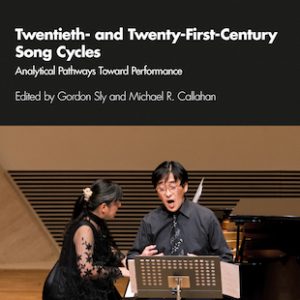 Co-authoring: a brand-new way to collaborate! My colleague Peter Lea (professor of Music Theory at Mizzou) was such an intrepid partner in this project, which involved rehearsing and performing a challenging cycle by George Crumb, designing a presentation for a “theorists-only” symposium, and finally, synthesizing all of that into a chapter for Routledge’s 20th and 21st-Century Song Cycles. I’m especially pleased that we found a way to weave our individual voices into an effective counterpoint, especially given the chapter’s particular focus (Intellectual and Imaginative Oscillation).
ISBN 9780367220266
Published November 24, 2020 by Routledge
246 Pages 150 B/W Illustrations

I was thrilled to participate in Chicago’s inaugural Ear Taxi Festival of New Music, curated by the inspiring composer and leader in the arts Augusta Read Thomas. In addition to contracting me to premiere a series of new small chamber works, she invited me to craft one of the essays which augmented the program book. More…